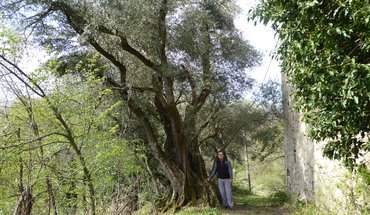 A picturesque route, rich in history, enchanting landscapes and views that extend as far as the eye can see in the valley of Lavino, human and natural landmarks. Here you come across manor houses of the XVIII century, thousand-year old olive trees and century-old oaks, woods and chestnut groves, a true hymn to the wonders of nature. In this area were shot some scenes of “The man who will come” an award-winning movie released in 2009 and set in 1944 and directed by Giorgio Diritti. 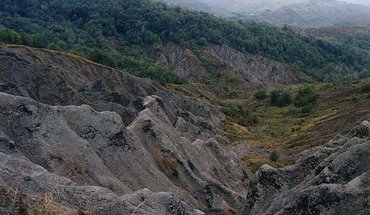 Go along a stretch of the ancient medieval route built to allow wine porters [brentatori in Italian] to transport grapes, wine and must from the lands of the county to Bologna. Carrying their special containers [brente] on their shoulders they followed the paths through the hills, sheltered from the raids in the plains. We walk with them going along the path amidst natural wonders such as vineyards and ancient villages, wonderful views, spectacular calanchi and a silence that nourishes the soul. 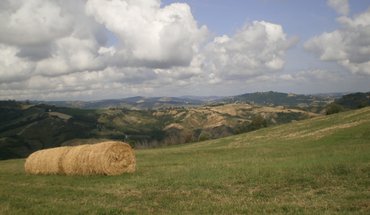 The route is marked by a perfect harmony between evocative natural contexts and vestiges of past ages. What make this route unique are the historical villages as well as the medieval tower houses - now rural housings - built to overlook and defend the territory. Also the monumental cypresses of the graveyard of Gavignano and the century-old oaks and chestnut groves recall past times. Plain and mountain landscapes are spectacular and the legend of Monte Bonzara as well as the kneeler of the XIX century with a view to San Luca’s Sanctuary are interesting curiosities. 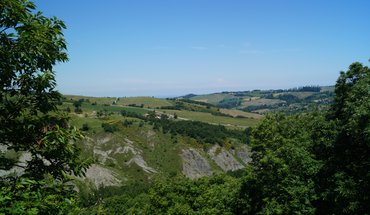 TRAIL 04 | LANDS OF FAIRIES AND BANDITS

A short trail winding through the wood and dedicated to hikers looking for emotions, scents and colours that relax the mind and instil serenity. Visitors walk along a historic trail on the Bolognese Apennines, among age-old chestnut trees and traditions carefully handed down by local producers. The panoramic views over the Upper Valley of the River Lavino invite hikers to stop for breathing and enjoying the peace of these magic places. 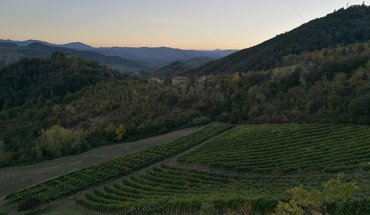 An itinerary in history that recalls a past of castles and knights as well as of rural life with the feverish activity in the ancient medieval parishes such as San Lorenzo’s Church. Built between the IV and the VI century, this parish administered a vast territory and in year 1300 it still included 22 parish churches under its jurisdiction. The church and oratory of the castle are vestiges of that past period. The Church of Amola and its minor artistic masterpieces are worth a stop. Allow yourselves a detour to the badlands where the skeleton of a Pliocene whale was found. 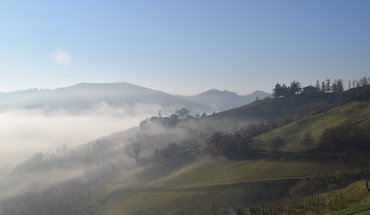 This path opens the drawers of memory of the upper Monte San Pietro village with evidence of its past history: Palace Salimbeni-Giusti - the ancient Town Hall - and Palace Calzolari. The Vallona hamlet includes traditional Apennines rural houses, a military watchtower, ancient wells, stables and barns for a moving journey through memory. Along the path you can admire San Giuseppe’s outcrops, visible exposures of bedrock containing fossil shells dating back to the Pliocene era. 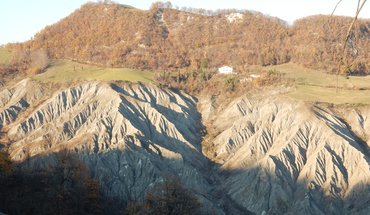 TRAIL 07 | UP AND DOWN HILLS AND BADLANDS

This itinerary combines naturalistic aspects and local traditions. The breathtaking hill landscapes and the dramatic view on the badlands of Monte San Michele reveal the overwhelming power of nature. Along the route you will find the Church of Monte S. Giovanni - home to one of Europe’s oldest organs - as well as the House Torre Castagneto, the Ancient Parsonage, the historical Palace Baravelli and the Ospitale [hostel], which was a stop for wayfarers. 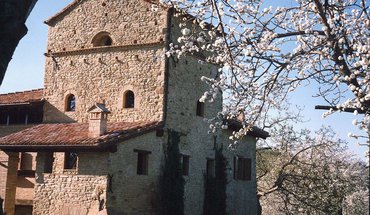 An itinerary that recalls events and stories from ancient times, chronicles of village everyday life, stories of wayfarers and artists. You follow a short stretch of the Piccola Cassia old trail that led pilgrims to Rome along well-preserved historical hamlets conveying the magic and fascination of old times. The abbey of the hamlet and the medieval buildings offer their precious architecture to turn this trail into a moving experience. The panoramic view on the Samoggia Valley is bewitching when brooms are blooming. 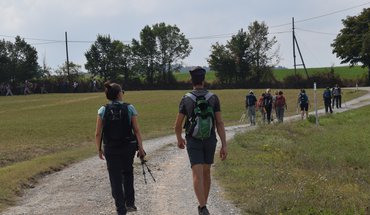 The Piccola Cassia trail follows the Apennines road Romans used to get to the central Po plain from Pistoia towards Modena and Bologna. In the Early Middle Ages it became a Longobard road that led pilgrims to Rome and was connected to the Via Francigena. The trail from Bazzano to Rocca Corneta, completely signposted and entirely practicable is enriched with historical-religious evidences: Rocca di Bazzano, Monteveglio Abbey, Castle of Serravalle and S. Apollinare, the Abbey and its museum, Santa Lucia and Pieve di Roffeno, Bombiana, Rocca Corneta and a lot of historical hamlets. 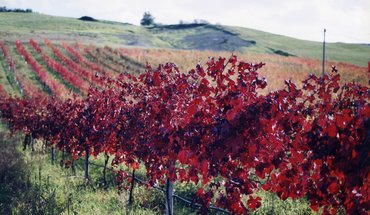 THE ROUTE OF WINE PORTERS

The road of wine porters [brentatori in Italian] winds through the hills near Monteveglio, Monte San Pietro and Zola Predosa. This is an old wine road that has been used since the middle of XIII century to transport grapes, wine and must from the lands of the county to Bologna, sheltered from the raids of the soldiers of Modena. The name of the route comes from the kind of basket (brenta) loaded on the porters’ shoulders to transport wine along the hills. The road is still practicable as the ideal guiding thread to rediscover local wine-growing traditions. 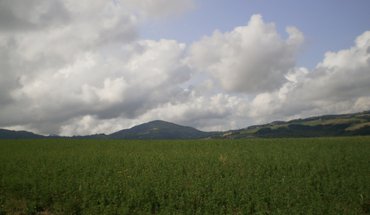 The Municipality of Monte San Pietro is crossed by a ridge 31 kilometre long, which was an ancient road between the villages and hamlets of the Bolognese hills. This trail is signposted and maintained by CAI. It goes from Zola Predosa to Vedegheto, and through San Lorenzo in Collina, the upper part of Monte San Pietro, Oca, Rovere, Gavignano, Montepastore 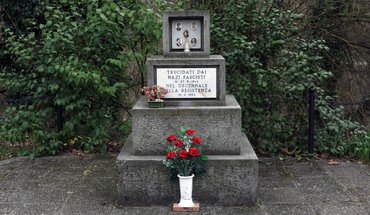